“The movie focuses mainly on the relationship between the characters of Carlo Aquino (a teenage boy whose family used to be middle class) and Ricky Davao (his employer who happens to be a foul-mouthed grouch and who seems to be carrying the load of the world on his shoulders) and how they eventually help each other get on with life. Minsan May Isang Puso is in my list of the best films of 2001 for a lot of reasons. One is the super performance of all the stars in the movie particularly Ricky Davao, Carlo Aquino and Jaclyn Jose. Even newcomer Dimples Romana does very well in the movie as Carlo Aquino’s sister who cannot stand their miserable condition at home. The film’s chief asset, however, is its screenplay (also by Jose Javier Reyes) which helps make Minsan May Isang Puso a truly outstanding dramatic movie that tugs at the heartstrings.” – Butch Francisco, Manunuri ng Pelikulang Pilipino 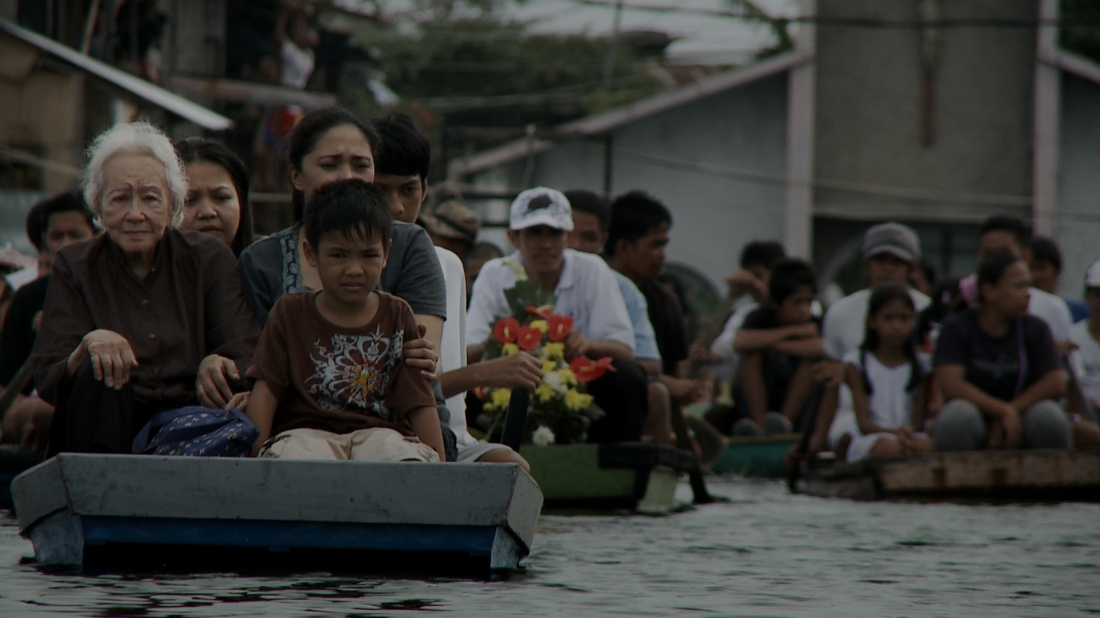 “Mendoza sensitively captures the almost chaotic rush of the two women to pool some funds together, always unsuccessful…we see them all wet and weary in the middle of the rains and typhoon. We see them as they seek the help of friends, neighbors, politicians in local government and the lending establishments. But we don’t see them helpless and hopeless when they are turned down. We see them just move on to their next step. Here is a film about the system of justice, the criminality and harsh living conditions as part of the environment. It is about a people marked by heartbreaking struggles through time as shown in the wrinkled faces of Lola Sepa and Lola Puring. They are pictured as women who continue on solving their day-to-day problems with ingenuity, perseverance and resilience.” – Grace Javier-Alfonso, Manunuri ng Pelikulang Pilipino

How to watch: iflix; or contact Centerstage Productions to purchase a copy – teeda.pascual@centerstageprod.com, (02) 5319831

“Who was it that said all it takes for a piece of theater to happen is to have a space, and allow a person to walk through that space while another person watches? In Anino, Lana places three characters in a small lighted space, with us watching and theater and cinema get engaged. For Anino breaches any concept of what is theatrical and cinematic, and situates in the fusion a story that packs metaphors and metonyms, psychology and politics, with the density and mystery of a confession and a public condemnation.  If Anino was a story of a love triangle, the film would plunder our sensibility with its amorality. But the plot of Anino on lust and love hides behind the light and shadow of individuals who do not subject their life to destinies but to the more convoluted system of political expediency set against personal psychology and desires.” – Tito Genova Valiente, Manunuri ng Pelikulang Pilipino

How to watch: Contact The IdeaFirst Company to purchase a copy – perci@theideafirstcompany.com

“Now Showing is detailed in the way that it peeks into the private life of its main character. There’s an almost voyeuristic delectation in the way we witness some personal things we tend to declare as mundane. That interest further glows as the melancholy of the character’s private life becomes more apparent. That melancholy is of course tainted by the innocence and joy of childhood and growing up, but the picture swells with that incandescent burden of painful childhood memories, not necessarily traumatic in the way most coming-of-age tales are built upon but still evidently encumbering. Martin has always focused on history (or the lack of it) with his films (but here he) masterfully places his cinematic advocacy to a clearly personal project, and the result is simply magical.” – Oggs Cruz, Rappler

How to watch: Contact director Raya Martin to purchase a copy

“Sonata is rife with the potential for mawkishness of the highest order. That it manages to rise, and, in certain parts, even soar above bathos is tribute to all involved in its making, most notably Cherie Gil, who puts on a bravura performance as Regina, employing a calibrated theatricality as her character moves from despair to delight, from fragility to fortitude. The film does not rest on her shoulders alone, of course: among the ensemble, Chino Jalandoni, who plays Jonjon, is particularly noteworthy for being able to hold his own in his scenes with her—an easy rapport exists between them onscreen and he provides a gentle, refreshing contrast to her intensity.” – Jaime Oscar Salazar, Young Critics Circle

How to watch: Contact Film Development Council of the Philippines to purchase a copy – info@fdcp.ph, (02) 256 9908

Harana is as much a paean to original folk music as it is a longing for a more romantic era in Filipino culture. One Filipino-American man’s (classical musician Florante Aguilar) quest to find master haranistas in the hinterlands of Luzon has become his nostalgic quest to trace whatever it is that connects him to his motherland. Old men have always been such fascinating subjects for film: there’s something in them that’s mysteriously inscrutable yet disarmingly matter-of-fact at the same time. Aguilar and director Bautista luck out in finding the three haranistas that they did find: each has his own quirks and charm. Harana will be remembered as an important cultural document as much as it is an immensely pleasurable cinematic experience. – SL

How to watch: Vimeo on Demand, or order video from Ms Linda Nietes – linda@philbooks.us

“Beyond the absurdity and the tabloid-worthy uniqueness of the story that would most probably be the center of all discussions about the film is a very simple but very earnest portrait of a family. Alix maps the family’s story with astute tenderness, establishing relationships between each member, grounding them with logic and emotions. More importantly, Alix does not place his story within a lifeless vacuum. He concocts a community for the family to exist in and relate to. He has created a world, exaggerated it seems with people living and raising families side by side with garbage, that is ready to admit another glaring anomaly. The truths of Isda, I believe, are as weighty if not weightier than its delicious and deliriously memorable flights of fantasy.” – Oggs Cruz

How to watch: Vimeo on Demand (available worldwide, excluding the Philippines); or contact Cinemalaya Foundation to purchase a copy – cinemalaya.ccp@gmail.com, (02) 832 1125 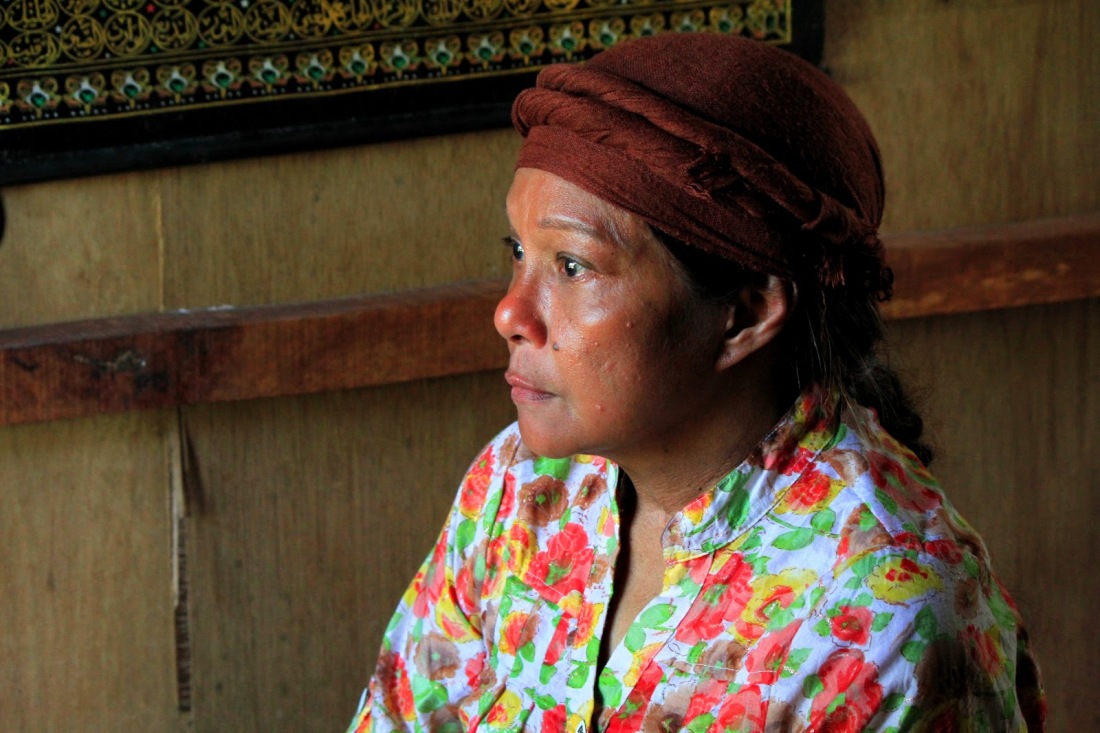 “The wide expanse of the sea and the constant rain, and the vision of Brillante Ma. Mendoza—these are all that is needed for great cinema to be formed. Then there is the presence of Nora Aunor, natural and artifactual, filling the spaces with her silences and silencing the spaces of doubts, pains, understanding and misunderstanding, historical and individual, with a performance that will go down in history as the ultimate in the aesthetics of reality. Or realities. As with any art, portraying the stillness is as difficult as the roar, the former singular because it is the less trodden path. Mendoza’s triumphs in Thy Womb are found in the quiet, the life energies not dramatized but narrated in the majesty of their unremarkableness. The power of the film is in the tremor, barely felt but disturbing: in these geographically isolated islands, a different kind of social rules exist.” – Tito Genova Valiente

How to watch: iflix; or contact Centerstage Productions to purchase a copy – teeda.pascual@centerstageprod.com, (02) 5319831

“Florentina’s (Hazel Orencio, in what may be the role of her life) only respite is through fantasy, through visions of gaudily clothed papier-mâché giants dancing around her—which may be merely another symptom of her brain’s deterioration or her one consistently successful act of imaginative defiance and transcendence. It’s perhaps due to the lurid premise that Diaz’s glancing, painfully attenuated storytelling style feels so energized, the filmmaker having given the film an initial jolt of horror and then left the whole ungainly construct to fall apart and collapse into itself, like a kinetic sculpture working itself out on the big screen. It’s Diaz’s most potent metaphor yet, the Philippines as a continually victimized woman whose injuries are so severe she passes them on to succeeding generations: Diaz struggles to control the metaphor and subsume it into his oblique form of storytelling, and just barely succeeds; the film’s power comes from this struggle.” – Noel Vera, Critic After Dark

How to watch: Email sineoliviapilipinas@gmail.com to purchase a copy

How to watch: Contact Cinemalaya Foundation to purchase a copy – cinemalaya.ccp@gmail.com, (02) 832 1125