Performance has always been one of Philippine cinema’s most popular film elements. We know, of course, that it is just but one of myriad components that make up a film. Yet when we watch movies, we tend to ask “Who’s in it?” rather than “Who made it?” Still, no one would argue that actors can make or break a film. A good actor can make watching a crappy film tolerable while a bad actor can ruin an otherwise okay movie.

To celebrate the country’s best film performances of the decade so far, Pinoy Rebyu invited six bloggers/journalists who have been following and writing about Philippine film since 2010: Rito Asilo of the Philippine Daily Inquirer, Fidel Antonio Medel of Pixelated Popcorn and formerly of PEP.ph, Carl Joseph Papa of whatevercarl.com, Manuel Pangaruy of Tagailog Special Presents, Cathy Peña of Make Me Blush, and Pinoy Rebyu’s own Skilty Labastilla, to list down what they think are the greatest performances from 2010 to November 2014. Each of the six submitted a list of 100 best performances and we tallied them and came up with the top 100.

Starting today, we will roll out the list in increments, starting from 100.

Character: Macky Galvez, a romantic yuppie who falls hard for a woman who does not want commitment

As Star Cinema’s top male romantic draw, Cruz has perfected the art of playing the ultimate dreamboat who more than makes up for his lack of hard abs by turning on the charm full blast. When Cruz uses those puppy-dog eyes to express deep emotion, even Angel Locsin won’t hesitate serenading him to win back his affection.

The Roco twins were born to play the roles of upper class brothers in Marie Jamora’s engrossing tale of loss and redemption. Felix plays the departed twin, now free from the mundane worries of the living, with sexy, uber-cool nonchalance.

Character: Joaquin, a poor family man imprisoned for a crime he did not commit

In Diaz’s bleak Norte, Alemania, who is more known as a comic actor, shows his range in a way that doesn’t call attention to his subtlety. 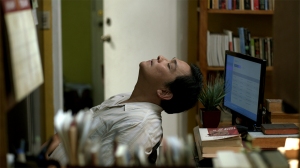 Character: Jimmy Tolentino, a Humanities professor in search of his muse

It’s never easy playing a professor: an actor has to possess that mix of gravitas, intellect, and warmth that all students look for. Buencamino displays all three, yet adds an extra layer of vulnerability, portraying Jimmy not as a typical bookish academic but as a complicated, full-blooded husband/lover.

“His work in Dagitab keeps you guessing. It is not trivial, it is just that it seems that he is thinking differently from the way he acts. That line reading scene was quite heartbreaking (del Rosario and Buencamino square off, WOW).” – Carl Joseph Papa

Character: Robert Naval, a politician about to get married to a woman he just recently met

The go-to mode of most actors who get cast as a foil to a romantic pairing is to tap into their character’s unflattering side. Thankfully, Trinidad is not most actors. It’s a testament to his skill (though undoubtedly aided by Tarog’s fully realized script) that viewers actually root for Robert to end up with Andrea .

Character: Lilibeth, a young woman from the barrio in charge of an annual festival ritual

“Lovi Poe is luminous all throughout (thanks in part to the brilliant cinematography) taking her character Lilibeth with edifying intuition. It’s quite palpable why young boys would fall for Lilbeth.” – Cathy Peña 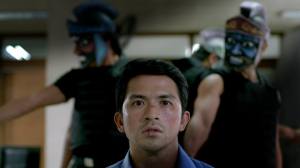 “The most fully realized performance by any actor in the Director’s Showcase at this year’s Cinemalaya was turned in by Dennis Trillo, who delivered a thespic high-wire act as a disgraced cop who is as ruthless as an assassin as he is gentle as a much-abused son in Mike Tuviera’s exceptional action-drama.” – Rito Asilo

Character: Raquel, a US migrant returning to the Philippines to sell her ancestral house to salvage her own economic woes abroad

Villavicencio is one of very few filmmakers (she’s an award-winning scriptwriter) who are also very good actors. In Niño, she plays a villain type (she knows that her actions will lead to depriving her aunt of a home) yet, through her sympathetic performance, she makes the audience understand her plight.

Adlawan, one of the country’s top theater products, delivers an expertly controlled performance as a political greenhorn who realizes she is gradually crossing over to the dark side but can’t yet decide whether she is principled enough to change the system or weak enough to allow herself to just be swallowed by it. 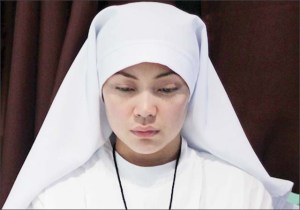 Character: Sister Lourdes, a novice nun who gets attacked outside her convent

Sta. Maria has that face that immediately draws attention. She is not conventionally attractive yet she possesses that serene confidence that only comes with life experience. In Aparisyon, she is devastating as a promising young nun whose dreams are crushed by a random act of violence.

Character: Swanie, a barangay captain who turns a high-profile crime into a vote-generating opportunity

Buencamino, along with theater contemporary Adlawan, has successfully straddled the worlds of theater, TV, and independent film.  In Loy Arcenas’ tragicomic Requieme!, she displays both expert comedic timing and touching pathos as a woman who desperately needs emotional closure.

Character: Jhana, an outrageous gay man who becomes party to a hostage-taking

Violence should never be funny, but Alemania, in a riotous performance as a lascivious molester, sure missed the memo and is not apologizing for it. 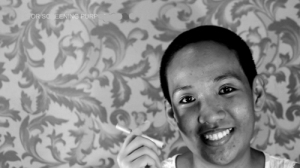 Character: Unnamed, a woman coping with the impacts of a traumatic sexual violence

Only an actor as unafraid to be unlikeable as Santos could have pulled off her brave performance as a rape victim who, after a couple of years, is still in love with her rapist. 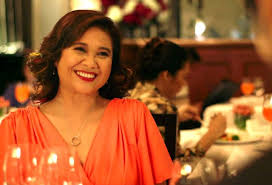 Character: Bechayda, a woman who pretends she is pregnant to keep her foreigner boyfriend

Domingo has emerged over the last decade as arguably the country’s biggest female comic draw and her talent is in full display here as she plays a family breadwinner who has to keep up appearances in fear of losing her man.

Character: Astro, a brash, xenophobic teenager who finds himself falling for a Filipino-American

Villaflor burst onto the local film scene with his sure-footed portrayal of a young buck who overcompensates for his impotence with hollow braggadocio.

“Jodi Sta. Maria performs in almost every scene. She is the spark that gives Chassis life and flesh-and-blood realism. Her Nora is a portrait of a mother consumed by love for her daughter—a love powerful enough to drive her to the extreme. Similarly, Jodi pushes her limits in portraying a character radically different from anything she has done on TV and movies. She downplays the determination of her character for a haunting effect, and then bares her emotions in the heart-wrenching final act.” – Fidel Antonio Medel 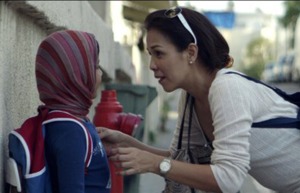 Character: Janet, an OFW mother who needs to keep her teenage daughter from being deported by Israeli authorities

Adlawan demonstrates her acting skills in a restrained performance as a mother torn between respecting the choices of her Hebrew-speaking daughter and instilling in her more Filipino values. 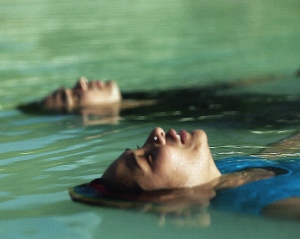 “Recently recovered from a stroke, Israel’s slump and slurred speech do not diminish but instead add to his role’s respectability and gravitas. It takes extreme charisma to command the screen even when the body is failing, and Israel, bless his heart, has it in spades.” – SCL