Character: Unnamed, a young man forced to reckon with the consequences of a past crime he committed

How can you make viewers interested in a rapist character? First you ensure that the character is multidimensional enough to warrant attention, and then you cast an actor sensitive enough to pull off the nuances of the role. Director Charliebebs Gohetia lucked out on Mendoza, whose brooding performance as a conflicted young man made it possible for viewers to understand that a past sin does not define a person’s character. 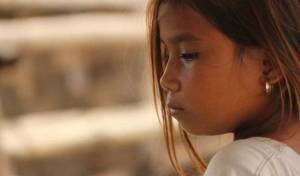 Character: Daying, a 9-year old Badjao girl who tags along with her father across an illegal boat ride to Malaysia to look for her mother

A non-professional actor, Ismael is a screen natural as a precocious girl oblivious to the dangers of the journey she is taking. Her spunky character buoys up the rather tense proceedings and allows viewers to gravitate towards her as a beacon of hope.

Character: Carmela, an abusive mother with a dark secret

“She browbeats with sinister abandon. You hardly hear her voice rise, but the menace is all there.” – Cathy Peña

Character: Noy, a family breadwinner who gets hired as a journalist after submitting a fake diploma

“Coco delivers the passion required of his breadwinner character. There are shades of angst, frustration, and a little hope.” – Fidel Antonio Medel

Character: Robert Igawad, an ill-tempered messenger who becomes the prime suspect in a robbery

The role of Robert does not really call for many opportunities to showcase any acting skill because Ad Ignorantiam is more idea- than character-driven. Trust King to suffuse a thinly written character with so much passion and charisma that there’s no way for the viewers to go but side with him in his quest for justice even if we don’t really know for sure if he’s guilty or not.

Character: Frederico, a wealthy man whose mistress falls in love with his son

“Valdez makes a career-best performance as he depicts Frederico, the man who wants to have his cake and eat it too. His emotive cadences are spectacular, e.g. his argument with John Lloyd at the office. One moment he tells his son that he needs him (“Anong gusto mo, luluhod ako sa harap mo para pumayag ka?”), then he tells Eric how he owes the company his attention. Even when he drops emotionally charged lines (“Ano’ng karapatan mo, Sari? Kerida lang kita!”), you don’t feel the mawkishness of the scene.” – Cathy Peña

“It’s Valdez who delivers the most textured characterization—he’s hard, uncompromising, kind, selfish and loving at the same time!” – Rito Asilo

Character: Emil, a bar exam non-passer who, in his depression, buries himself working as a notary public instead of re-taking the exam

“Muhlach succeeds to personify Emil with all his emotional pathos. Muhlach’s silent moments are a virtual force of nature, like when he finally admits to his father how he needs his help (to review for his retake). His scenes with Abuel are heart breaking.” – Cathy Peña

Character: Abel Sarmiento, a military cadet competing for the position of commanding officer

2014 is undoubtedly stage actor Martin’s breakout year in film, appearing as lead in Joselito Altarejos’ Unfriend and as a brooding aspiring writer in Giancarlo Abrahan’s Dagitab before showcasing his full potential in Kanakan-Balintagos’ film. Playing an ambitious yet conflicted cadet, Martin seduces both his commanding officer and us viewers with his magnetic presence.

Character: Sherwin, a lawyer specializing in annulment who refuses to come out as gay for fear of ostracism

Reyes, in arguably a career-best turn, seems to have bottled all his past performances as homosexual men in indie films and distilled them here to a pure, honest form in playing a man totally in love with his partner yet as totally averse to the idea of revealing his true self.

Character: Rogelio Vasquez, a struggling stuntman who gets deceived by a transvestite

“Gil displays the vulnerability of a desperate soul without dismissing the inherent humor borne out of his situation.” – Cathy Peña

Character: Miguel, a drunkard husband of a woman who gives birth to a fish

“Roco moves around as though a joke’s being played on his family, and we feel his helplessness.” –Cathy Peña

Character: Ishmael, an ex-convict who discovers the horrors inflicted on his village by a cult leader

“Lazaro plays the title role with gusto. No sense of remorse is seen on his face as he wields his bolo and delivers the entire town to their final destination.” – Fidel Antonio Medel

Character: Mang Vic, a prison utility worker who is haunted by a past crime

It’s definitely those eyes. In Violator, Bais, looking like a lovechild of Nora Aunor and Gollum, is the scariest of them all because his monster is the realest.

“Guzman exhibits a winking portrayal that displays both his dramatic and comedic skill, all in one coherent, insightful package.” – Cathy Peña

Character: Noel, a struggling young father who uses his family to deceive a foreign man

In Soap Opera, Daclan embodies the everyman. Even if his character has gone to the proverbial dark side from the very beginning, viewers will him to make things right because we want him to succeed in life. And a large part of it has to do with Daclan’s compassionate performance. 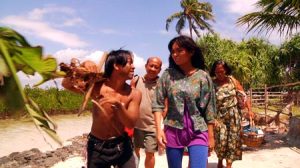 Character: Terya, an island woman about to depart her village as a mail-order bride

Gimeno, as the boyish Terya, fully understands her character’s dilemma. She knows that she’s just delaying the inevitable and that she’d eventually acquiesce to her parents’ wishes of marrying her to a man they only know by name. Gimeno avoids all melodrama and instead hides her true feelings with playful interactions with her well-wishers.

Character: Paul, an ex-convict who checks himself in a home for the aged to become close to the daughter he abandoned for several years 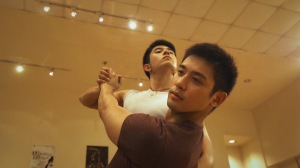 Character: Dennis, a college student who gets infatuated with a fellow male classmate

Probably one of the most head-scratching Urian nomination snubs of all time is its exclusion of Rocco Nacino in Sayaw. He portrays Dennis, the more sexually assured of the two boys, with a nuanced combination of desire and wariness.

Character: Marney, an online scammer who uses a young man to deceive unsuspecting women and gays

Paras almost steals the movie with his ferocious performance as a scheming operator who never grows a conscience. 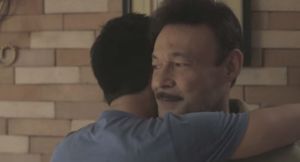 Character: Bastian, a gay painter who falls for his young househelp

Gil, in his last great performance, displays open-hearted fragility as a man who has seen it all but still takes a stab at a romance that he knows will be doomed anyway. His heartbreak at the end of the movie is ours as well.